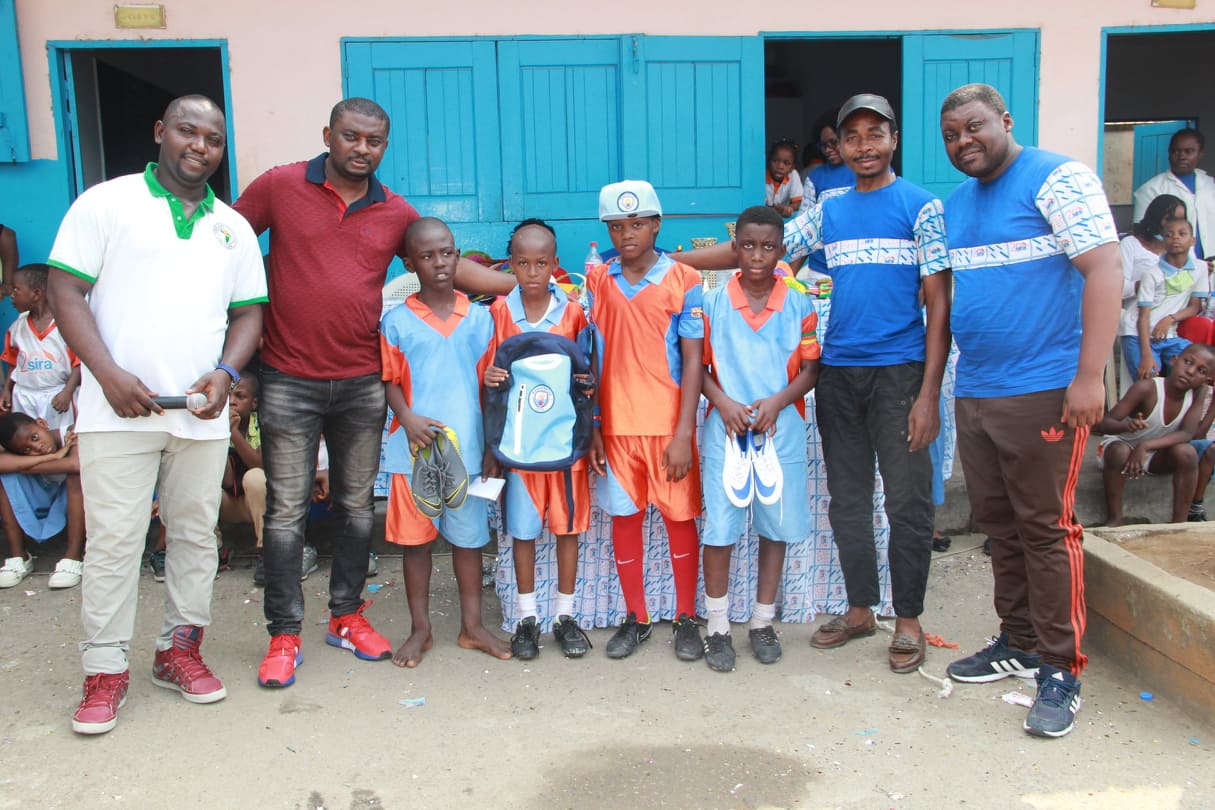 During their annual year-end week, there is an inter class football competition named SIRA CUP in the Sira Bilingual Nursery and Primary School situated in the Douala 5 of the littoral region of Cameroon.
RHFC was present to give its unflinching support to the young stars as they mesmerize some parents and their school mates with their football skills. The football encounter saw the pupils of class 6 B beating their mates of CM II A to carry the day. The best players had very special gifts from the CEO of RHFC who was present.
He gave them pairs of football boots, Manchester City school bags, Manchester City caps and envelopes with an undisclosed amount to the best players. In the presence of the proprietor of the school, teachers, parents, pupils and the headmaster, the CEO, Mr. Mbenja Clovert, encouraged the young stars to keep working so as to realized their dreams in future and not to forget about their education because it is their number one priority for now.
He thanked the school authorities for giving the children the opportunity to showcase their talents. He promised to do more in future for the pupils. The occasion ended with a group picture.
Share on Facebook
Share on Twitter
PreviousWORLD EARTH DAY 2021 CELEBRATIONS BY RISING HOPE FOUNDATION FOR CHANGE ON APRIL 22nd
NextEDUCATION FOR ALL AWARDS AT ST VERONICA NURSERY AND PRIMARY SCHOOL, GREAT SOPPO BUEA